Pulau Palu’e is a small island off the North coast, opposite Ende District. In 2010 the island had a population of 9.553 (Census 2010). Most used to live in 8 mountain villages until on 10 August 2013 Mount Rokatenda erupted. Due to the eruption most islanders left, to be relocated in Ende and Sikka Districts. They moved to various locations along the North coast. 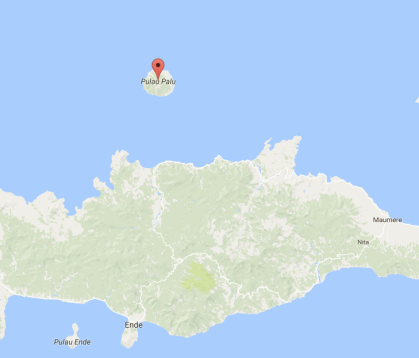 I met several community members in 2015 – on my trip from Maumere to Mbay in Nagekeo and then again in 2016 while visiting Nangahure community close to Maumere. We met with Pak Anton who is the coordinator of the women weaving cooperation in Nangahure. That community has been supported by Alfonsa Horeng for capacity building and medication. Pak Anton explained about the Palu’e Ikat motives and their beautifully decorated traditional baskets, used during ceremonies.

When asked if they would like to move back to Palu’e all said no. They told us they are now perfectly settled, happy in their new village and content with their new housing.

The relocation process went not smooth for all involved though. Nora Wildenauer made a beautiful documentary about the relocation process, based on her 3 month research in the region. Nora won many prizes for her work. This is the link to the trailer of ‘Fighting for Nothing to Happen’

It’s a short ride from Maumere to Nangahure, along the North Road towards Reroroja. 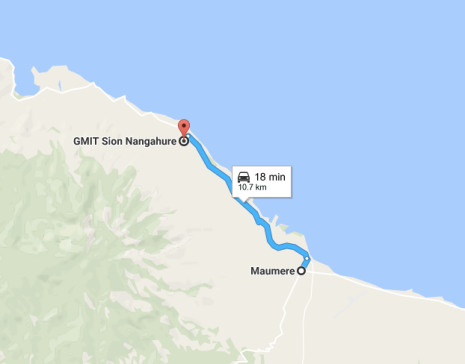